The YFM Album was a planned album by Your Favorite Martian. It was to be released in the winter of 2012/2013 and feature fully original tracks.

It was originally teased on YFM's Facebook page on March 4th, 2012, with an official announcement on the 10th. it was claimed the album would release as early as November of that year and that every song featured on the album would have a music video.

On May 10th, YFM released their first cover song, they explained in the description that they would be doing cover songs until the release of the album, which would feature all original songs.

On May 24th, they announced that they had written 32 new songs for the album, but only around 10 would appear on the final album. It is unknown if the remaining tracks would be repurposed for a later date or scrapped entirely.

On June 19th, they requested for fans to send in fan art to be used in the album, as well as setting the new release date of the album to January 2013. It was also confirmed on August 22nd that the album would feature 16 songs.

Prior to the release of BOOM HEADSHOT (YFM Mashup), the YFM Facebook announced they would be taking 6 weeks off to record the album in Pasadena, California, later stating that they would need to move to a different studio to record some more equipment, and then move to a third studio to track live drums.

On November 30th, 2012, It was announced that YFM had been retired and the album had been cancelled. This was due to Maker Studios demanding Ray to sign a new contract which would cause Maker to gain 50% of Ray's adsense revenue, which he declined, leading to the cancellation of many productions by Ray, including YFM.

On July 5th, 2021, An interview with Jesse Cale on the 'What You Don't Hear Podcast" was uploaded to YouTube, in the interview, Jesse recounts a decent chunk of new information about the album. It was to be co-produced by the Dust Brothers and feature Jonathan Davis, Snoop Dogg, Miley Cyrus, Robyn and Mark Hamill, as well as other unconfirmed people from System of a Down and Linkin Park.

On May 16th, 2022, YFM posted an image to its social media, confirming that very little had been done on the album before Maker cancelled the project, and that it was cancelled very early in development, with no songs having been made. 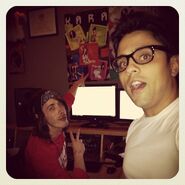 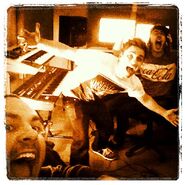