Man, fuck you, Santa! We're spending Christmas with the homeless!

Santa Hates Poor Kids is the 22nd song released by Your Favorite Martian and the 6th video animated by Cosmic Toast Studios. It features Puff denouncing Christmas, as he always receives lousy presents, and assumes it is because Santa has a disdain for the poor. 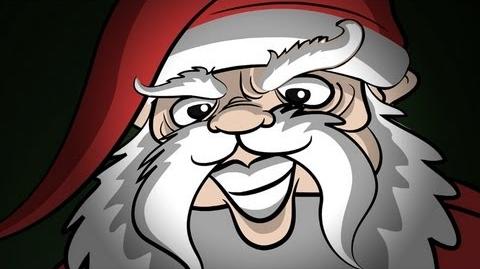