If I said you have a beautiful body, could I put my penis in it?

Puff Puff Humbert, usually referred to as Puff Puff or simply Puff, is the lead vocalist of Your Favorite Martian. He is the main character of YFMTS.

In the first phase of YFM, Humbert looks relatively similar to Puff, with the exception of having darker, spikier hair and circular glasses, rather than the rectangular ones of phase two. He resembles Ray much more in this phase.

Puff still has the same basic design of a red zip-up hoodie, blue jeans and white sneakers, although this time his hair is a lighter shade and he has slightly more detailed eyes. He was given eyebrows in the redesign. His height of 5'5"[1] stayed consistent, making him the shortest of the band. 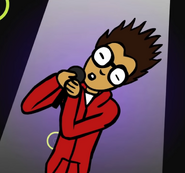 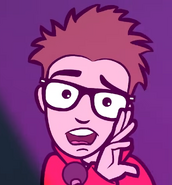 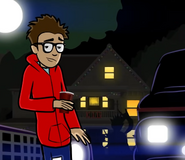